Free economy shipping on orders over $100 (after promotions are applied). 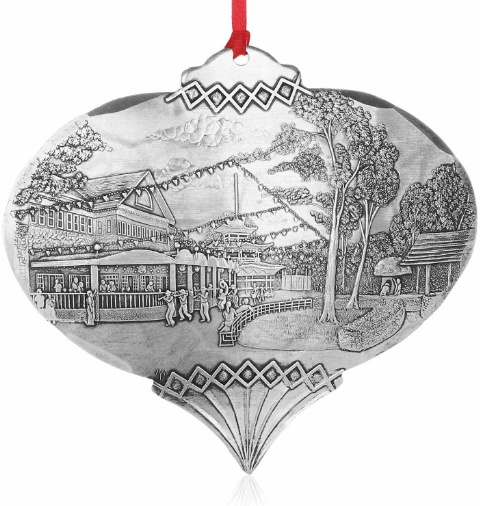 Wendell August Forge is located about an hour north of Pittsburgh's historic Kennywood Amusement Park. Founded in 1898, it is quintessential Americana. Today, Kennywood is one of only two amusement parks in the country designated a National Historic Landmark. From Noah's Ark to the Jack Rabbit, generations of children and parents have made Kennywood a summertime staple. That's why Wendell August Forge partnered with Linda Barnicott, Pittsburgh's "Painter of Memories," to create ornaments that pay homage to Kennywood's most famed attractions. 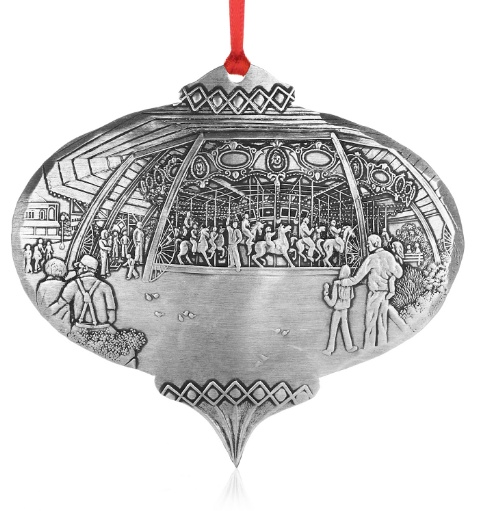 As Linda Barnicott says, "Kennywood Park is not just a local institution and historic landmark, but it’s also been one of my favorite subjects for my paintings over the last 20 years." When you live in the Pittsburgh area, Kennywood is a childhood must. However, people of all ages still go to Kennywood for special occasions. "Even at the beginning of my career, Kennywood held wonderful memories for me – it was the place where I had my first Pittsburgh date with a very special guy who would soon be my fiancé. So I really, really wanted to paint it!" Linda almost didn't get the chance to paint it. "Unfortunately, my publisher at that time was a North Hills/West View Park kind of guy, and he wasn’t interested in having me paint Kennywood. However, I never gave up on the idea, and on the very day I parted from my old publisher, I walked into the new publisher’s gallery with a mission. I said 'I have an idea for a series of paintings that I’ve wanted to do for years,' and he replied, 'I also have an idea for a series!' I was taken aback, but I said, 'OK. You go first, but I really feel strongly about this!' As I looked at him with anticipation, he said, 'I thought we could paint some Kennywood together!' I still get happy chills up and down my arms when I think of that moment!" 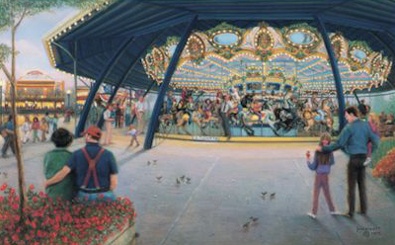 Her first painting was Ride With Me on the Carousel and many more followed. Several years later a partnership with Wendell August Forge would take her Kennywood paintings from canvas to metal, and the rest is history.